The Government of India proposed to announce The New Income declaration Scheme, 2016 also called as revised IDS under the income tax Act. here we provide Information and Practical aspect regarding black money to white money with new IDS, 2016, which proposed after Demonetization of a rupee, banned of 500 and 1000 notes.

if you are thinking about New Income declaration scheme and want to learn about it more, not only taxation point of view but also a practical point of view. we also give you its consequences  if you go with new income declaration scheme or want to convert your (unaccounted) white money to black money. we suggest you, do proper homework and full understanding and guidance before go with this new scheme.

Black money means your income on which you do not pay tax, which required under law. it is unaccounted money on which government authority not able to collect the tax.

White money is income on which you paid tax and government received revenue on such income. it also called accounted money because is show on books of account.

After demonetization of 500 and 1000 noted, many people careful regarding what money they have whether black money or white money, some people are converting money through various sources. it seems that after note ban Total deposits in Jan Dhan accounts have increased to Rs 64,252.15 crore.

hence government feels more panic regarding the account which is inactive and has a zero balance now fill with full of money.Income Tax Department on Friday found that undisclosed amount of Rs 1.64 crore deposited by people who never filed income returns into Jan Dhan accounts

hat after note ban Total deposits in Jan Dhan accounts have increased to Rs 64,252.15 crore. hence government feels more panic regarding the account which is inactive and has a zero balance now fill with full of money.Income Tax Department found that undisclosed amount of Rs 1.64 crore deposited by people who never filed income returns into Jan Dhan accounts. This might people have black money, they converting with new notes using people have Jan Dhan Account.

So the government has to do something because of deposit amount in their own account then they have to pay tax with the penalty which is may go up to 60% To 90%, hence people are finding their own ways of converting Black money to white money. So government smartly planned to get whole money from taxpayer without hurting taxpayer.

What is New Income Declaration Scheme ?

With the introduction of an Income Tax Amendment bill in Parliament on 28 Nov 2016, the government has proposed a new income disclosure scheme under the name of the Pradhan Mantri Garib Kalyan Yojana 2016 and simultaneously proposed plugging certain loopholes in the Income Tax Act which could have been exploited by black money holders.

The government has offered the carrot – the least tax option of the Garib Kalyan Yojana – and shown the stick and closed the loopholes: the hiked tax and penalties under Sections 115BBE and Section 271AAC and Section 271AAB. 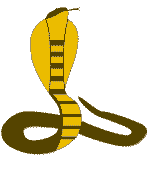 For Undisclosed income of Rs 10 lakh

The Key Highlights of this new scheme are as follows:

Why Should you not go with this as follows, Person might feel that this scheme is good as, we can become free by paying 50% of tax now let’s analyze it

More Sources, Which helps you to understand better and proven our content :

Circular regarding Accepting 500 and 1000 notes for payment of Tax, penalty, surcharge under New IDS, Up to December 15, 2016, of Indian bank Association Click here