The Name NAVIC (NAVigation with Indian Constellation) or The Indian Regional Navigation Satellite System – IRNSS Navigation system You may not hear before, but it true that India is developed its own navigation system called NAVIC.

What is Navic – IRNSS navigation system? 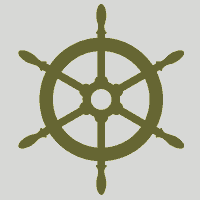 IRNSS Navigation system in simple laymen language is a system which provides an exact location of the position and helps to navigate i. e. where you want from one place to another.

you already used the navigation system called GPS (Global positioning System) in your smartphone or car for getting the direction of various direction using google map, here map or apple map, this is navigation system which developed, managed and control by the USA. now after some time you able to use the navic system in your phone or car.

NAVIC is developed by ISRO (Indian Space Research organization) & it is fully made in India, this is not an outcome of one year, ISRO first Launch IRNSS-1A on July 2013 and last IRNSS-1G lunch on April 2016, ISRO requires to launch 7 satellite in orbit to complete Indian navigation system, ISRO start to developed it before that.

it is an interesting story to know why India need NAVIC, where GPS which is developed by the USA already working good and all another country also used GPS.

The answered is in 1999, When Pakistani troops took positions in Kargil, where Indian military sought was GPS data for the region. The space-based navigation system maintained by the US government would have provided vital information, but the US denied it to India. A need of our own navigation system requires earlier but during Kargil war, our experience made realized that we cannot depend on other nation for an important navigation system.

Which Country has its own navigation system?

France and Japan are in the process of developing regional navigation systems.
However, NAVIC is currently testing and will be operational in august, 2016. it is expected that NAVIC will work better than GPS and provides accurate information.